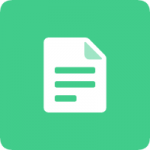 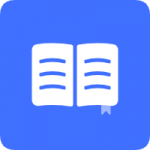 For New Users Have you tried? Troubleshooting Advanced Order-Related DWGViewX For Developers
Table of Contents

The Software is protected by copyright laws and international copyright treaties, as well as other intellectual property laws and treaties. The Software is licensed, not sold. This EULA grants you the following rights:

You are free to download and install this program, without buying license, you can still run it to view drawing files after the trial period.

The Concurrent license is a server license based on the number of simultaneous users accessing the program. It typically deals with software running in the server where users connect via the network. For example, in a five-user concurrent user license, after five users are logged on to the program, the sixth user is prohibited. When any one of the first five log out, the next person can log in. Concurrent licensing can be managed by the independent software metering tools, typically running Citrix XenApp.

The Unlimited license grants the purchaser permission to use the software on a network on a single site, with an unlimited number of end users.

Your license rights under this EULA are non-exclusive. All rights not expressly granted herein reserved by Licensor.

You may not sell, transfer or convey the Software to any third party without Licensor’s prior express written consent.

View and edit .dwg file in DWGSee for Free!